Working with the Enemy 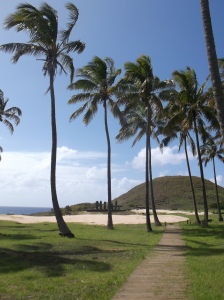 I have a confession to make. I have taken my children out of school for educational reasons. Personally I’d never do it just ‘to go on a holiday’, especially not to Disneyland (which they’d hate anyway). Even though we have family overseas and we pay painfully over the odds for going to see them a few times a year, if they’re in school, they really should be in school, unless there’s a very good reason. But we did take them out for six months to Road School them – and before anyone threatens me with high court action, they were off roll at the time. Did we do a bad thing? Or did we do a totally brilliant and lifetime memory making thing? Only you can decide and it’s too late for me to worry about it, anyway. My problem with today’s high court ruling on term time absence is not that it is going to stop me taking holidays when I want to, because I don’t. It is that the government has found another way of making the system more difficult for some people than it is for others, and their policy will impact on those who can least afford it, yet again.

If you have very little money, or a particularly fine-prone local authority, then you won’t want to risk taking any time off during the term, whatever your personal circumstances. (Single parent, forces family, someone who has to work every August because that’s when the tourists arrive in your area, your personal circumstances have ceased to matter.) Your children may never go overseas, which is very “Brexit means Brexit” of our Government. However, if you can shrug off a £60 fine, if you are willing to lie to your children’s school, or if you can afford to go to a private one, then you’ve just been incentivised to say ‘what the hell, I’ll do it anyway’. I’ve seen websites today that suggest parents might be asked to provide a death certificate, in order to have the right to go to a family funeral. And the head teacher of your children’s school has been tasked to be the final arbiter of whether you are deserving enough of not having to be there. Their Ofsted result depends on the way you behave. Talk about the law of unintended consequences. Insisting that ‘parents are obedient’ is no way to run an education system, if you value parent partnerships.

For the last eight years, I have helped to run my local preschool setting. If you’re a regular reader of this blog, you are probably bored of me going on about it by now. I started there as a parent, but I stayed on, and I have now committed hours and hours and hours of my free time to helping a small part of the education system thrive and survive. During those eight years, I’ve had to work with our parents. Not in an ‘ask their opinions occasionally’ way, but in a ‘you are running this setting and we need you to do these things because they are legal requirements’ kind of way. The parents who have helped me have given up their free time, just like thousands of governors and PTAs do, all around the country, every single day of the week. During this time, I’ve also run a school magazine club, and I’ve watched my parent friends do their bit to be supportive, in all kinds of ways. Yes, some parents really don’t care about their children’s education, and I know that is painful, but most of us really do. So, please don’t let the Government make you think that you are working with the enemy, because we are not the ones that you need to attack.

This entry was posted in Parents, Schools, Teachers. Bookmark the permalink.

2 Responses to Working with the Enemy

This site uses Akismet to reduce spam. Learn how your comment data is processed.